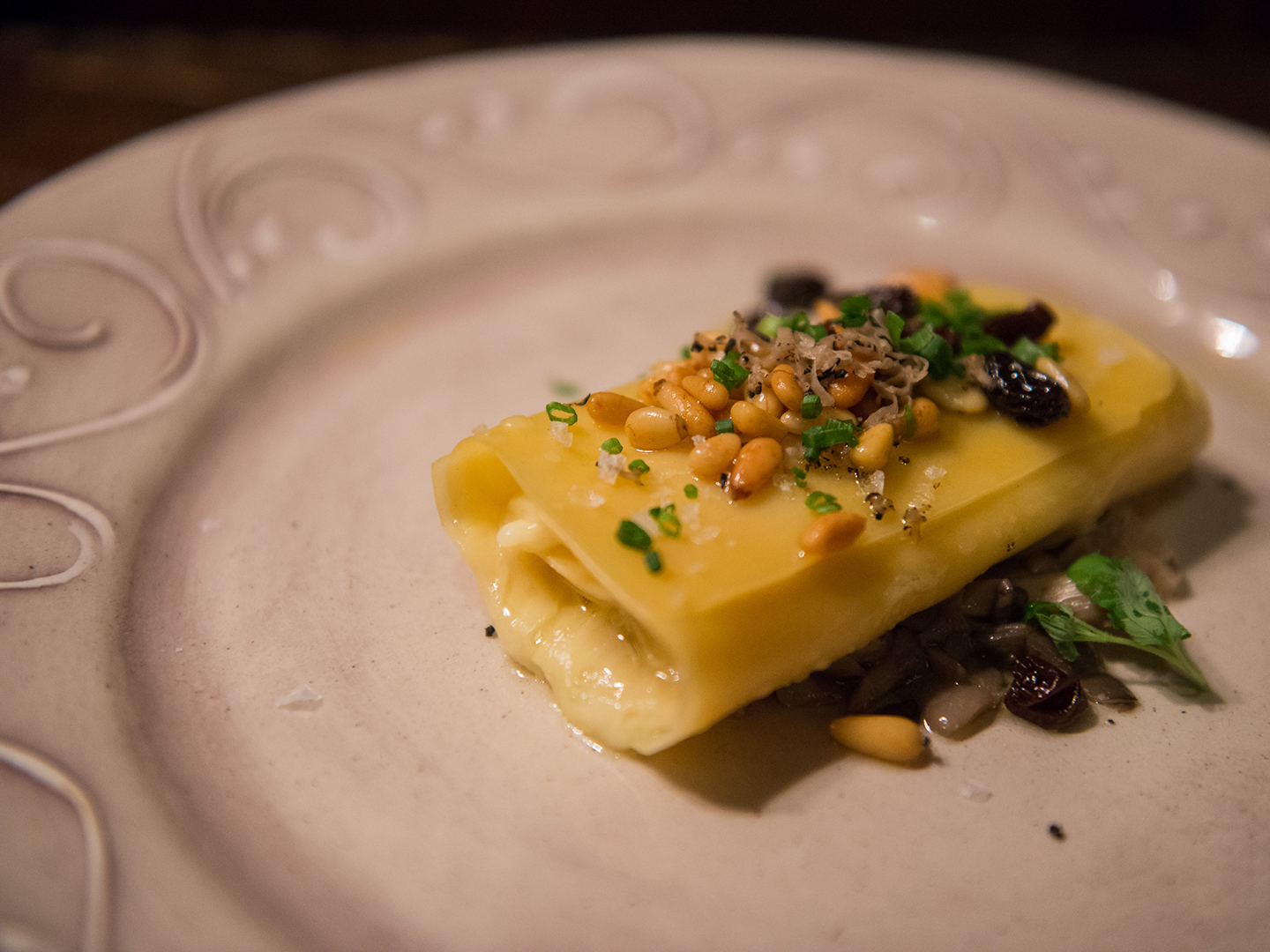 For the third edition of the DJ Cookbook Dinner series we headed down south, in late April, for a Soho Beach House Miami extravaganza. This time around we featured two Miami transplants, both whom have made quite the splash in the food and music scene of the city. Deme Lomas, a Barcelona native and 2016 James Beard finalist, moved to Miami not too long ago to launch Niu Kitchen, a quaint restaurant that beautifully does unconventional Catalan cuisine. Manfredi Romano aka DJ Tennis, is a Milan native with deep roots in the Italian music scene, but has lived in Miami for the last few years. He is the founder of record label Life and Death and also a phenomenal Chef; the latter on display at his recent Fooq restaurant event, at which he prepared a 5-course meal and also curated the musical accompaniment.

To recap, the goal of The DJ Cookbook Dinners is to pair a DJ and a Chef to collaborate, from inception, on the creation of a five course menu (usually vegetarian) with unique musical accompaniment. For this dinner our artists chose the theme of Italo-Disco, a genre born in Italy but played across the Mediterranean through the 70’s and 80’s that re-created American disco using cheap synthesizers. Thanks to global hits by producer Giorgio Moroder the Italo-Disco sound gained distinction and popularity at nightclubs around the world. Like Italo-Disco before them, Deme and DJ Tennis’s dinner re-interpreted American foods and sounds into unique Mediterranean influenced creations.

The two collaborators didn’t meet until the day of the event, but plotted via phone-calls an evening filled with magic. Deme started the experience with his version of the all-American tomato soup. It was served cold with tomato jelly, mustard ice cream and basil oil, a refreshing gamete of flavors that put us in the mood for what was to come. A later highlight was his version of the mac and cheese which elegantly showcased cheddar cheese and oyster mushrooms inside a wonton noodle, finished with raisins and pinenuts; a true winner! He concluded the meal with an exceptional interpretation of french toast, airy, crisp dough with blackberry jelly and topped with a cream custard and hazelnut gelato.

DJ Tennis started with slow balearic sounds that simultaneously fit right in on Miami Beach and transported us to the Mediterranean. Progressing to cosmic synth heavy Italo sounds, he set the tone for the heavier courses before taking us around the world with more eclectic rhythms for dessert and beyond. Together, the two artists seamlessly fused their different European backgrounds to create a distinctive dining experience.

Doing this dinner at the Soho Beach House was a great opportunity to expose the DJ Cookbook project to a new demographic of artists and influencers in a city that lives and breathes food and music. We’re grateful to the Beach House for taking us in, and looking forward to sharing more dinners together. Thank you to everyone that made this event possible, and everyone who attended and experienced the dinner with us. 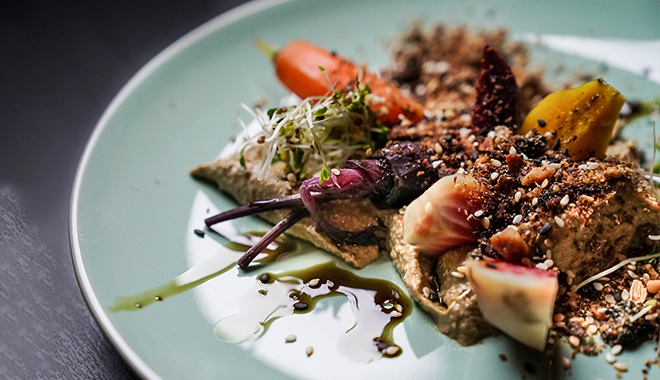 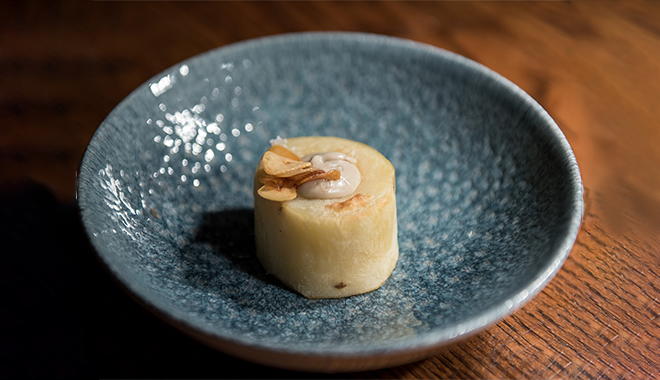 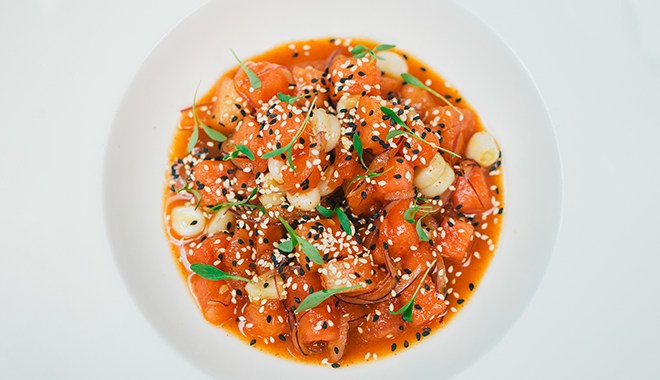 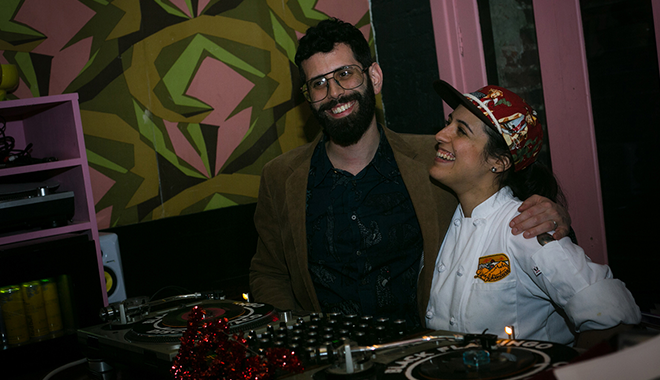 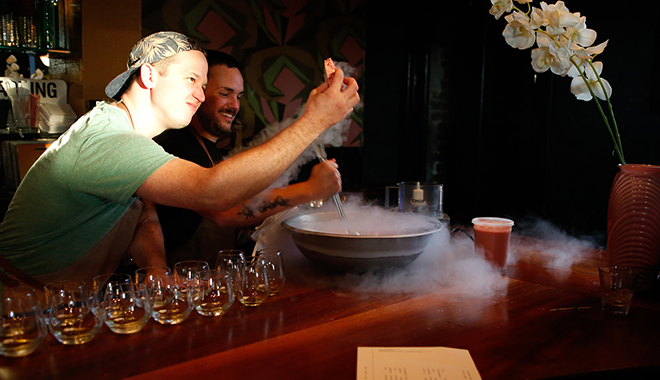 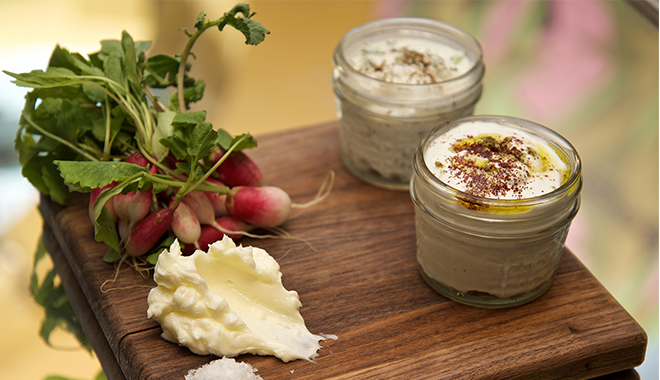