Hito: Where Techno and Sake Meet 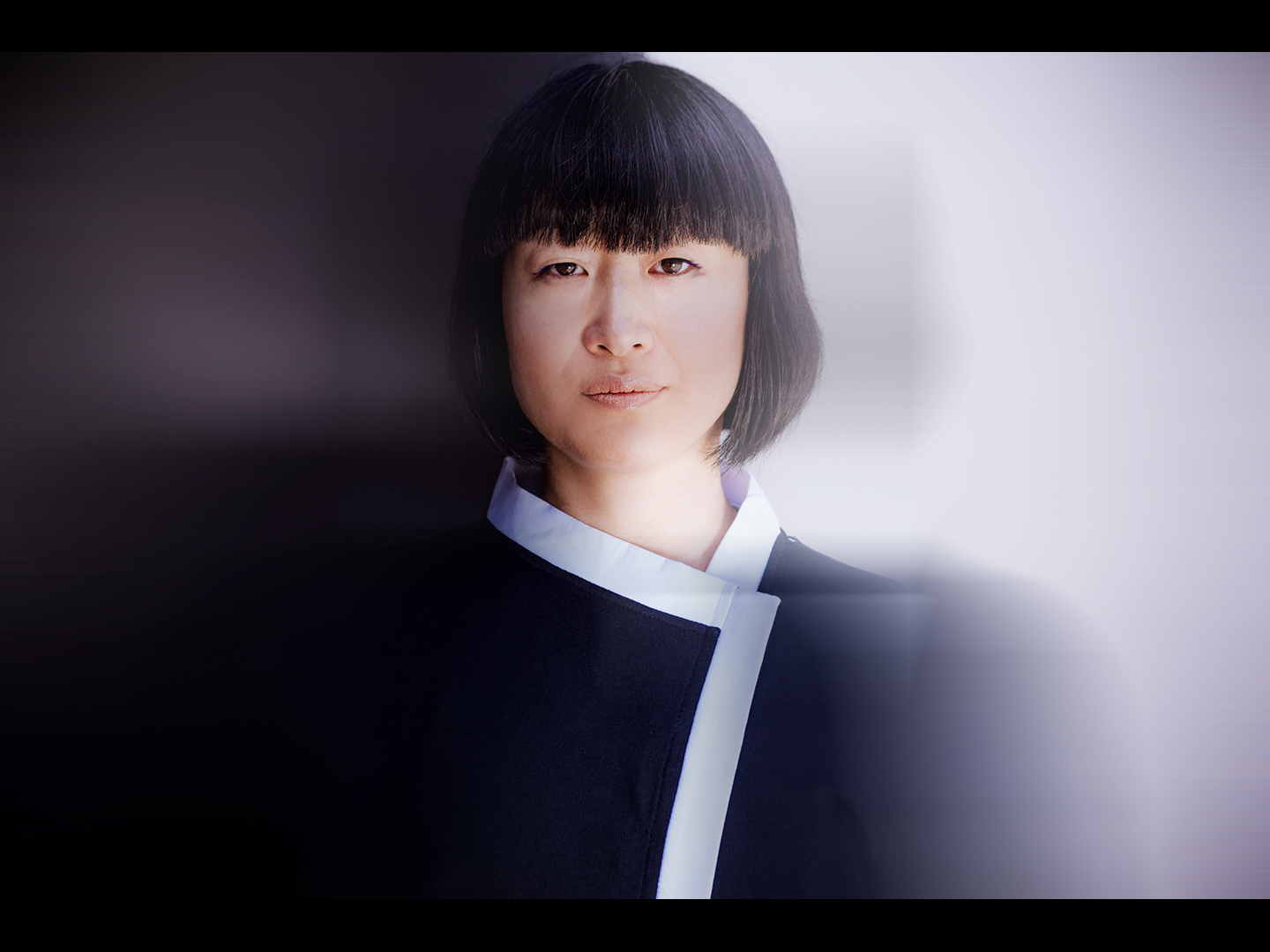 A couple of weeks back we had the pleasure on interviewing Hito, a Japanese DJ turned Sake expert. We spoke to her on everything from immigrating to Berlin in the late 90’s to food traditions and fashion style.  It’s one of our favorite interview so far and we hope you enjoy it.

Q: Tell us about a bit about your story, your immigration process, and how you ended up in Berlin?

A: I decided to move [away from Japan] because traveling during my early [twenties] [sparked a curiosity in me.] I would study languages, music and culture wherever I travelled. I always visited the clubs, because it’s a nice place to hangout and see the heart of the city through the people that you meet. [Whether] you’re a pilot a doctor or a student, everyone meets at the club.

In University I studied German, but I never thought Berlin. I actually had a living experience in London [before]. The first time I visited Berlin was in 1996 [and then in 1999 when I visited again] I coincidentally met the same people that I had met in 1996, can you imagine? So then I decided to stay. Things were much easier back then, I came over for a birthday party of a friend and decided to stay and try it out. My friends offered me gigs at clubs [even though] I had only DJ’d small parties for friends at University.

A: For me sake is not only a drink anymore. For me sake as I see now is also techno music. I met Rich because of sake. It was 2008 and he had been looking for a person to open a sake bar in Berlin with, and that person was me. We had a common friend who brought us together, and he explained me the project. It wasn’t ENTER.Sake at the beginning; it was just a little sake bar in Berlin, but it was too difficult to open a bar with Rich’s DJ schedule. During that time I didn’t even really know who Richie Hawtin was in the scene but I was really curious about the sake project with him. [At the time] I didn’t know much about sake or how to run a business or open a shop. I remember Rich said to me that if I didn’t know all I need to do was learn about it.

When we realized Berlin wasn’t happening we started ENTER.Sake in Ibiza in 2012. I think this is much better than the original idea. Now we are randomly doing ENTER.Sake events around the world. So we can be mobile. This is much more natural for us. I remember talking about how the Ibiza project became organic and we both can play music and do our sake thing.

We’ve been studying sake and we both have our Sake sommelier certificate. But there is no use in Europe because there is no production. Everything happens in Japan.

It’s a bit weird and rare to bring sake into the club but we are passionate. Even in Japan it’s not very popular, maybe a few cocktails with sake but sake itself is a little too old school. Sake is really papa or grandfather’s drink. The image of sake in Japan is like that of schnapps in Germany, it’s for the older generation. But nowadays because of ENTER because of Rich and the young sake brewers, it is slowly coming back. Creative brewers are taking it back and producing new and interesting taste profiles with sake. It’s really nice to also collaborate with these values and ideas. Rich always says that sake is a very minimalist drink because the ingredients are water, rice, yeast paste and minimal music too you have a bass, a kick and synth sounds. All these elements are different but when combined you can derive so many different sounds and flavors [with such few] components.

Q: How does your sound vary from a club set to an ENTER.Sake event?

A: In the club I focus on more techno music, up to date vinyl. I also just update my collection each week with new releases or some unreleased stuff. But when I play for an ENTER.Sake tasting and dinner I cannot do the same as the club. I play ambient, chilled, interesting, not too lounge, electronic but more background atmospheric sound. It’s like how you wear your clothes, when you go to the mountain you don’t wear bikini, you wear ski suits. I add my Hito touch or sense of imagination to my sets whether at the club and especially if at an ENTER.Sake dining experience.

Q: Why all vynil?

A: I like the organic feel and sound of vinyl. I never really changed my style. I’ve always played vinyl. On one side it’s old school on the other side I tried Traktor and others, but I like creating with my hands. I create the start points, not a machine. Also vinyl has its limitations; so it’s a thrill because there is an end and you’re against the clock to make something happen. I think this makes it more interesting and exciting to play.

Q: Any tracks come to mind when you think of an ENTER.Sake event?

A: Nothing with too much beats, not too chilled either, people need a vibe. people should talk about their tasting experience while the music complements, not disturbs them.

[I guess I would say] more melodies but with electronic sounds is what I play for an event. ENTER.Sake is based on electronic music and how we work, not J-pop or Enka style music.

Maybe I play one of the tracks from Plastikman EX lately released. They have an original and remix version. One of them fits great; it’s a bit dark, a bit mysterious. It’s in between soundtrack and electronic.

Q: What are your favorite restaurant spots in Berlin and what do you cook when you’re at home?

A: I go out to eat [mostly] Japanese food. I like going to Cocolo Ramen or now-a-days Takumi Nine because it is very close to me. These Japanese spots are helping my health and life here, and of course a long time ago when I arrived in Berlin there was nothing. So I had to cook. This is also Hito style, I would cook lots of food and then share with other international friends.

I love cooking. I learned at home in Kobe. [As a child] I was helping my granny often because my parents were working. I learned from her. That’s why I cook and prefer homie food to eating at restaurants.

I cook Japanese style family foods, not ramen or sushi, but typical foods like tempura, shabu-shabu, sukiyaki, Japanese curry and oden. I cook at home often. Ingredients are not so difficult to find anymore because of Asian markets. You can buy almost everything you need like miso, shoyu sauce[…]

But if you don’t have ingredients or the right set up you just have to improvise and think outside the box. [For example] I also use schmaltz, [which] people here use as a pate on bread during winter time. I use it in soup like tonkotzu. More or less the idea is the same but ingredients are used differently.

I can say cooking and DJing is [similar in many ways]. It’s like an improvised creation. You have records, you have ingredients; you have an idea of what you want to eat, what feel you want, so you create it. At home, I cook then I invite Japanese friends or friends who like Japanese food. Then we share. But of course when you are touring a lot it’s difficult to get back into the groove of shopping and cooking, but recently I had some [time off] so I had an opportunity to try many new recipes.

Q: Tell us about your experience at Traktor Cookery last year at ADE.

A: I had so much fun; I made tempura soba [for 30 people.] [I made sure the tempura came with a small bowl of warm broth or dashi.] Dashi is very important to me and it is very typical in Kobe, where I come from in Japan. [The flavor is a deep Umami] because it is made with seaweed and shiitake flavors; plus it complements the tempura. I wanted to explain this to people with my dish. There is no dashi culture in Europe in the same way, maybe some flavor in soup but not like dashi.

In my eyes not everything was a success, but of course the taste was there and people ate everything. I want to cook for a lot of people more and more. [I like learning about the timing of food and understanding all the different steps from cooking to serving.]

Q: One last question, tell us about your kimono style. Did you always wear it or did it become a part of your ENTER.Sake look?

A: I really often wear kimonos. It is typical from where I come from. I grew up with it. Now, I wear  black ones because it is more or less the dress code for ENTER.Sake. But outside the techno world I wear all my different kimonos out.

Es Boldado: Eat at es vedrà as a power spot restaurant and the sea food Paella is full of Ibiza taste!

Cala Xuclar (Chiringuito): One of my favorite beaches and restaurants. You need a reservation to have a lunch or dinner at the super secret location. 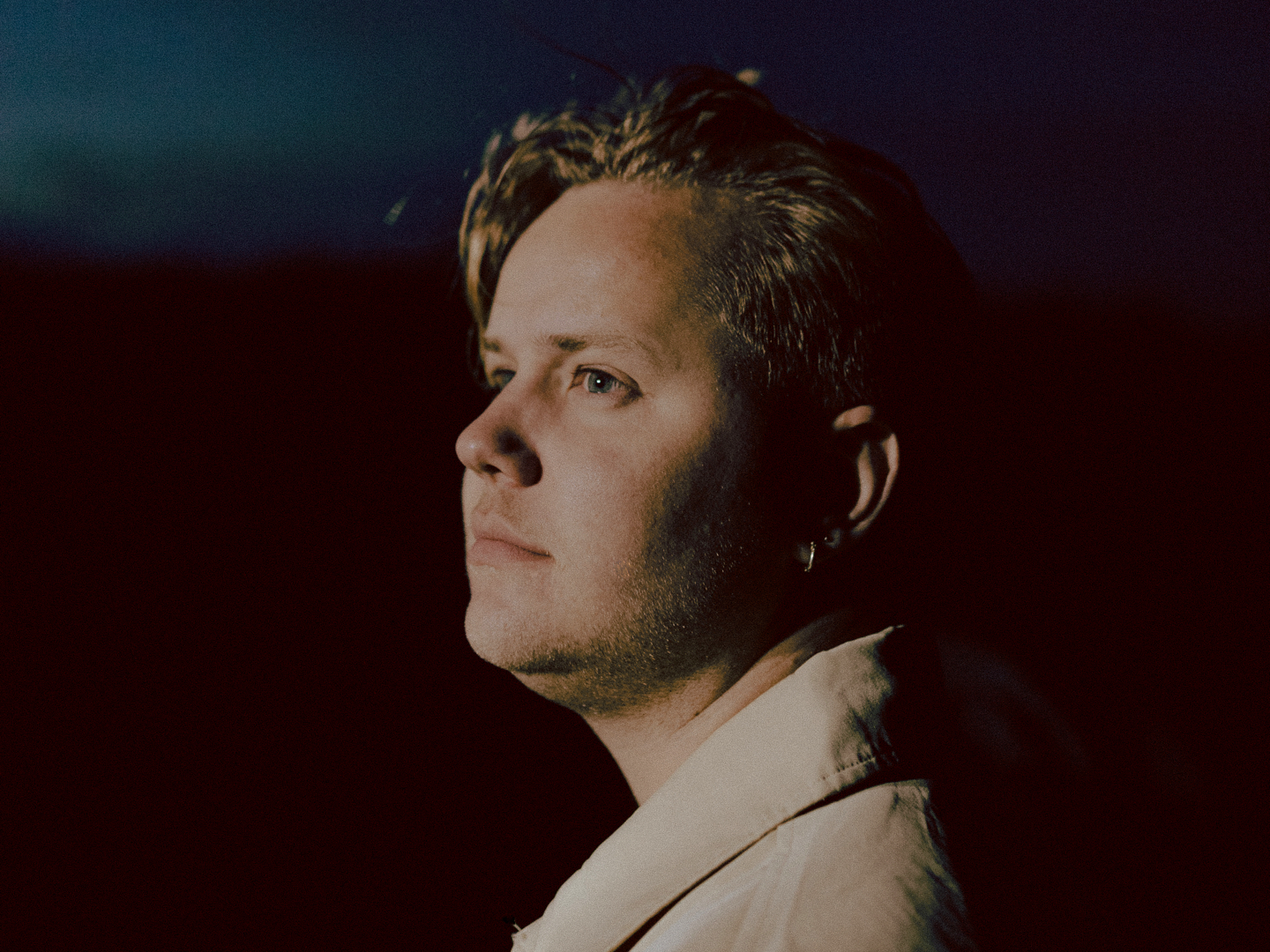 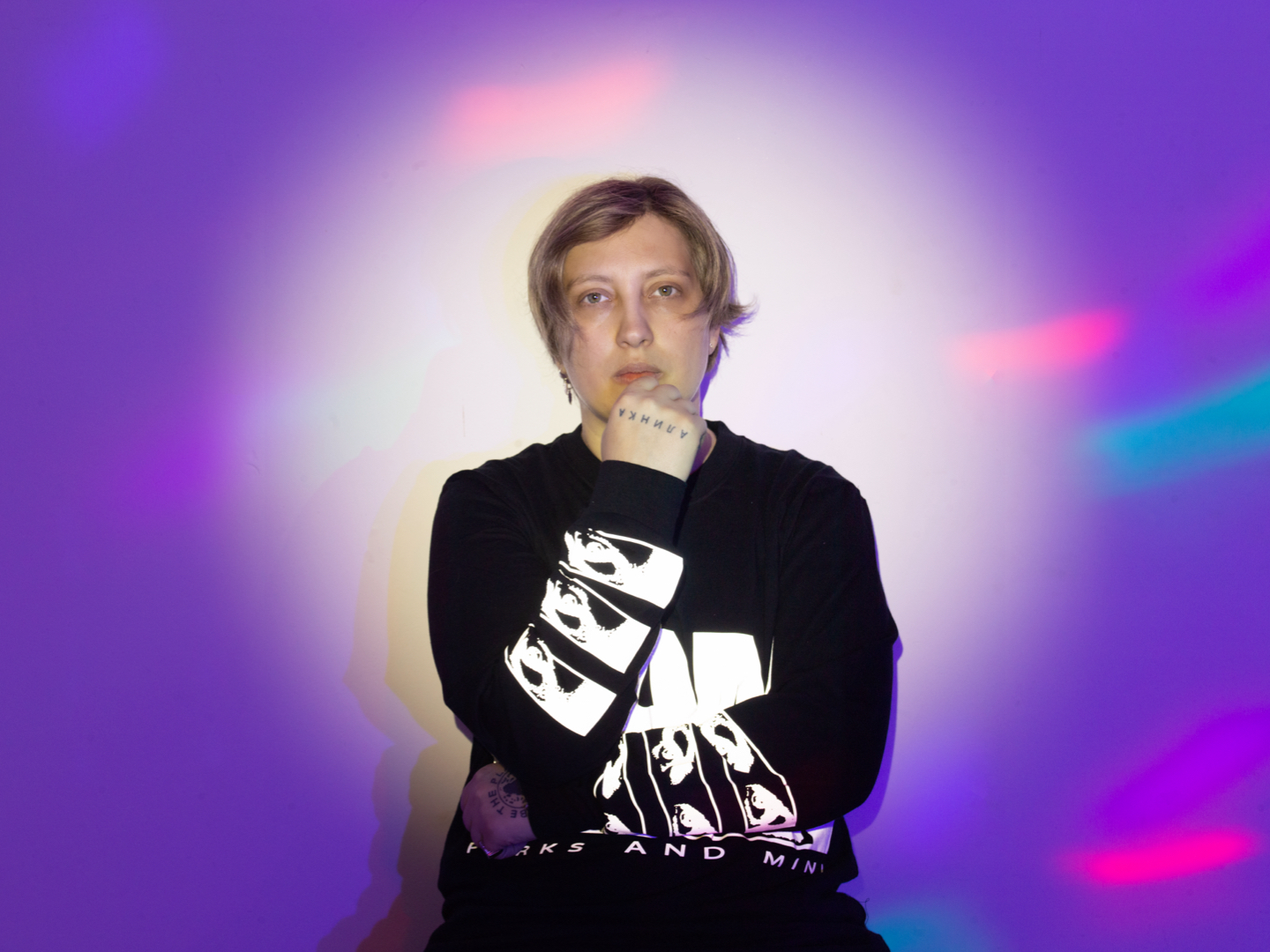 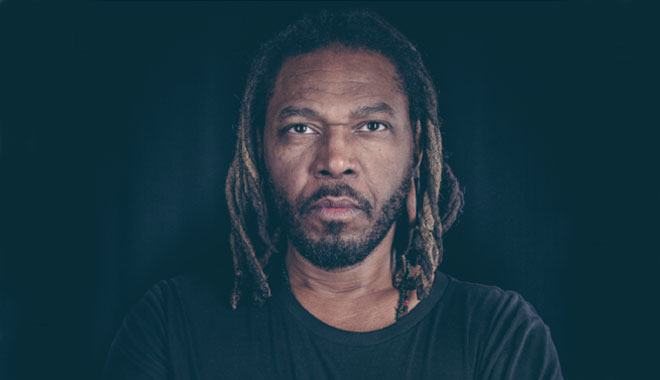 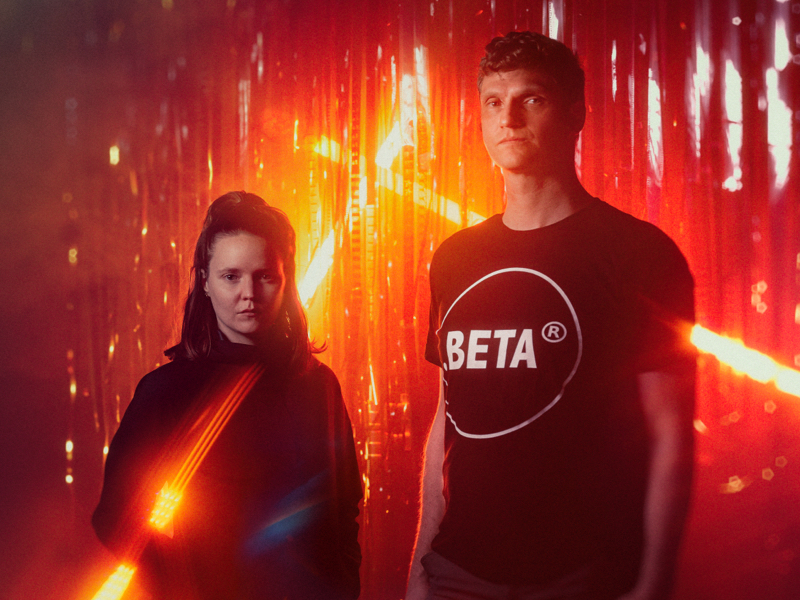 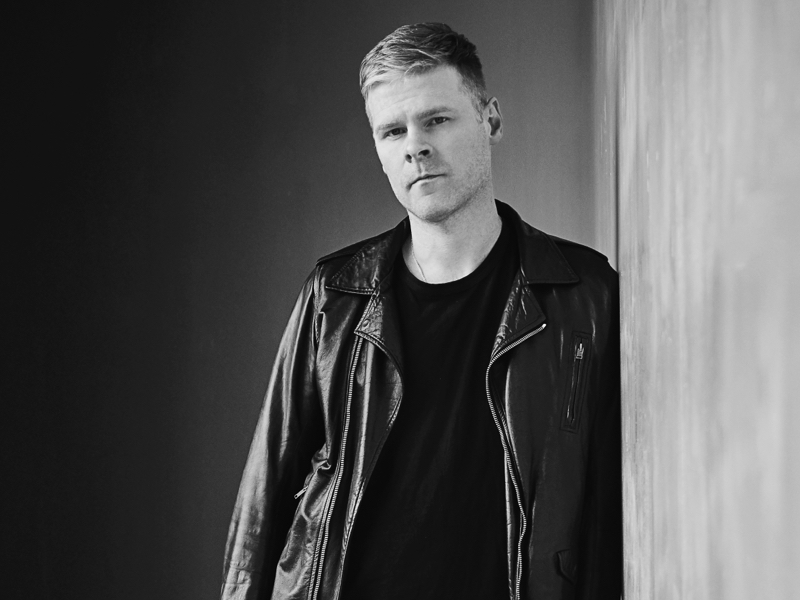 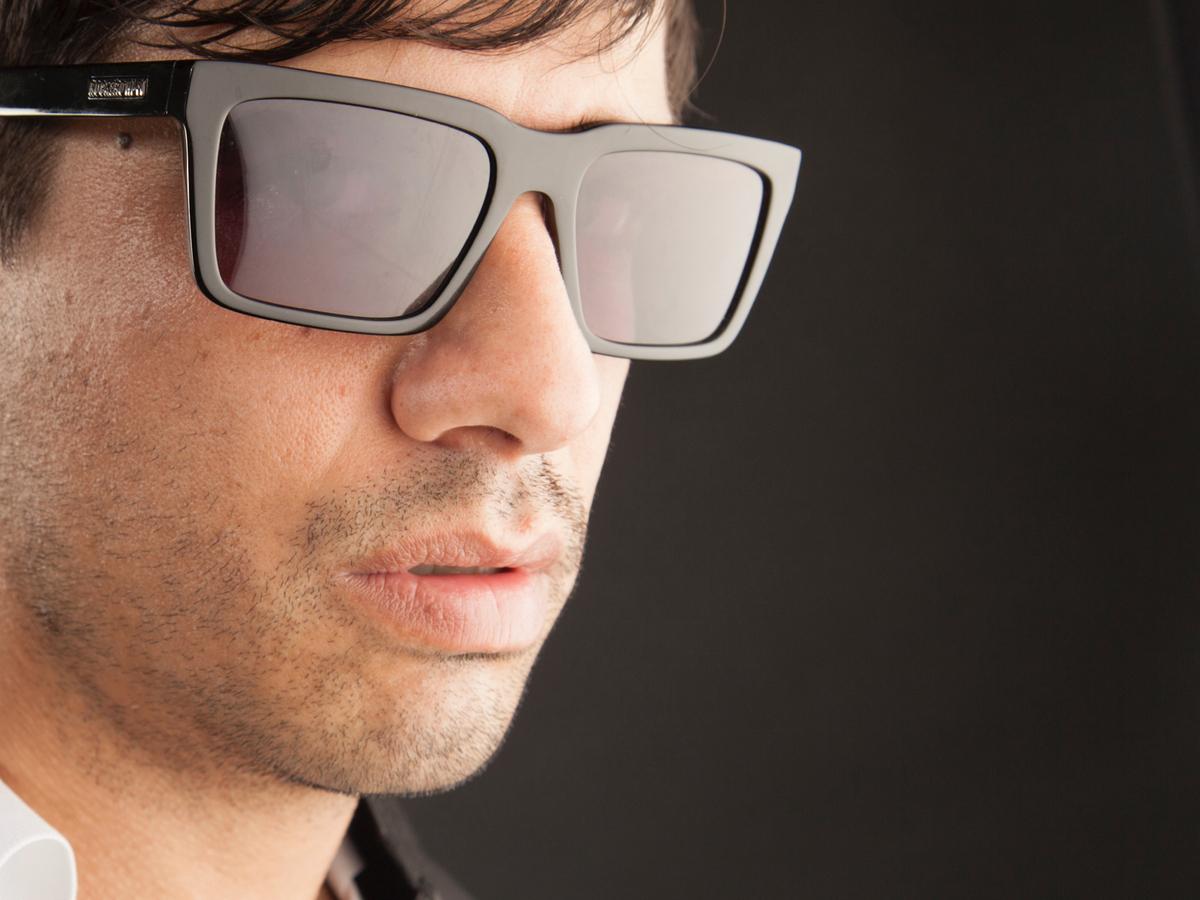